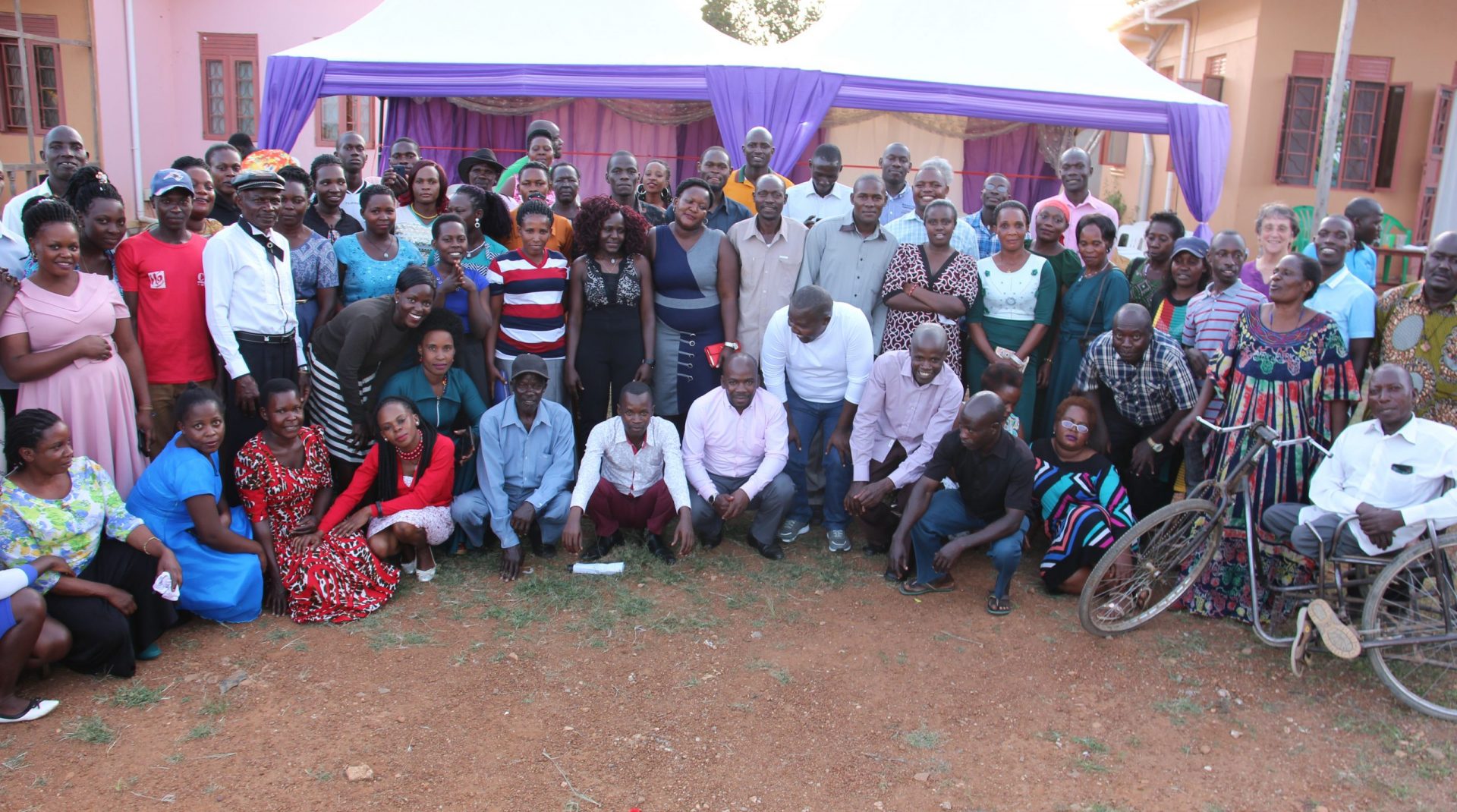 We met some amazing Ugandans on our first few visits to Lukaya. They had a strong desire to help vulnerable children in their community. And, they had heartbreaking stories of their own. Each of those stories included someone who had taken a special interest in them— someone extending a hand to them made all the difference. A prime example is our General Manager, George Kateregga. He had a rough time as a child–his mother was the ‘second wife’ of his father. He barely knew his father. His mother died when he was a young teen, but well before that, he was sponsored by World Vision. In school, he was always near the top of his class. That brilliance took him a long way– to a master’s degree. But, the thing that surpasses his intelligence is his compassionate heart. His secondary school education at Catholic schools influenced him to show mercy and live life in gratitude. Today, he is married with two children of his own, but many teenagers call him Taata (daddy) because he is the only man they have ever known who was consistently there for them.

Ugandans on the Tree of Life Ministries (TOLM) board include four outstanding individuals: two women and two men. Vincenzia Tamale is a midwife, Alice Kitayimbwe is a retired teacher and former town councillor, Adam Matovu is the headteacher at one of the large government secondary schools in the area, and Rev. Godfrey has risen in the Church of Uganda from the vicar of a small rural parish in the village of Kalungi to become The Venerable Godfrey Mpuuga Kasiita. All are civic-minded citizens who are actively engaged in the community and at Mustard Seed.

Mission: To provide education and loving care to orphans and vulnerable children in the community of Lukaya.

TOLM is devoted to breaking the cycle of poverty. Important in this objective are income generating activities that employ residents of Lukaya and that support Mustard Seed Academy. TOLM employees are essential resources and the implementers of the Mission. They serve as models of Christ-like behavior for the students and members of the community.

Vision: We envision a self-sustaining learning community that reflects God’s love for his children; one that models effective education that extends beyond the school to the community and that demonstrates conservation of resources, equity, healthy living, and sustainable economic activities.

The Vision of Tree of Life Ministries is being realized at Mustard Seed Academy’s Three Schools and in the Career Opportunity Pathways program.

Many other important and talented faculty and staff make MSA the outstanding institution it is. In March 2020, the American board members hosted a party to honor all who contributed to the success of the previous year. Among the honorees were active PTA members who contribute to student welfare at MSA.